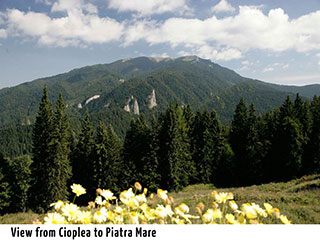 Located at 25 ° 26' east longitude and 45 ° 30’ north latitude, in the southern part of Brasov County, Prahova county boundary, to the watershed of the river Prahova and Timis, Predeal is situated at an altitude of 1000 m, getting among the urban areas with the highest altitude.

To the north, from Valea Joitei to the current Carmen hotel villas were raised since 1897, when the Royal House sold these parcels.

Between Postavarul and Piatra Mare massive, at north, and Bucegi and Garbova / Baiului massive at west and east there stands a lower region, with an altitude of 1000-1400 m, which, compared to the high relief surrounding, it constitutes a real depression sloped to the west to Barsa plain. 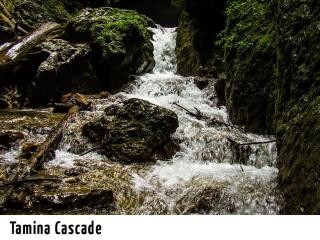 Predeal belongs to the IalomiÅ£a Basin. The Prahova River, an affluent of IalomiÅ£a, springs from the area of the present stadium, at the altitude of 1,046 m and, relatively close to the spring, meets the waters of PuriÅŸtoaica, Teascul and JoiÅ£a.

The PuriÅŸtoaica Valley (or Polistoaca) has its source close to 1,114 m, East from the Cioplea top. The highway that accompanies this valley was built in 1915.

The second valley, Teascul, springs from the ClÄƒbucet top through two springs that cover the rocky cliffs from South to North. In the old days, upon stopping to Predeal station, the steam locomotives fueled from this valley, with water.

On the right side, the Prahova Valley receives only few springs that are drained through the Valley of Arsenie, and on the left the Spring of Zangor and the Coal Miner’s Spring.

Before Prahova unites with the water of RâÅŸnoava, also united with Leuca, it also receives on the left the Monastery Spring (it was also called the Priest’s Spring) that comes from the ClÄƒbucetul Taurului Spring, is drained towards the South of the monastery and gathers the mineral springs from nearby.

RâÅŸnoava springs at the altitude of 1,100 m, through five springs from the tops of RâÅŸnoava. On the left it receives several affluent flows that increase its flow capacity: Åžipotele, Stâna Mare, the Stâna MicÄƒ Spring, the Spring from the MeriÅŸorului Valley and others. Through its even richer affluents on the right side, the BrÄƒdet Valley and La CleÅŸte, the river bed is continually increased.

Leuca is formed from the springs CÄƒpÄƒÅ£âna Porcului and Death Valley, name that comes from the mucky water, as well as from two little springs called Stânilor.

Thus increased, Prahova then receives the waters that come from the OlÄƒreasa Valley and Valley of Vlad, as well as those from the Ursul Mare Valley and Ursul MicÄƒ Valley, that have their springs in the Western slope of ClÄƒbucetul Taurului Mountain, after which it enters on the territory of Azuga city.

With a not so great flow rate and due to the nature of the terrain, the waters of Prahova basin from the Predeal area do not produce waterfalls.

Some data about the mineral waters from the area of Predeal City, waters that were signalled since 1760, but never exploited:

The TimiÅŸ has a dense hydrographic network, whose particularities reflect the physical – geographic conditions in which it was formed.

The affluent springs of TimiÅŸ have their origins around the altitude of 1,600 m. The superior flows are intermittent, have a torrential character and present in a longitudinal profile numerous waterfalls and breaches of phreatic waters.

In the portions that cover limestone or thicker stacks of scree they are lost in the underground in order to appear downstream under the form of powerful springs.